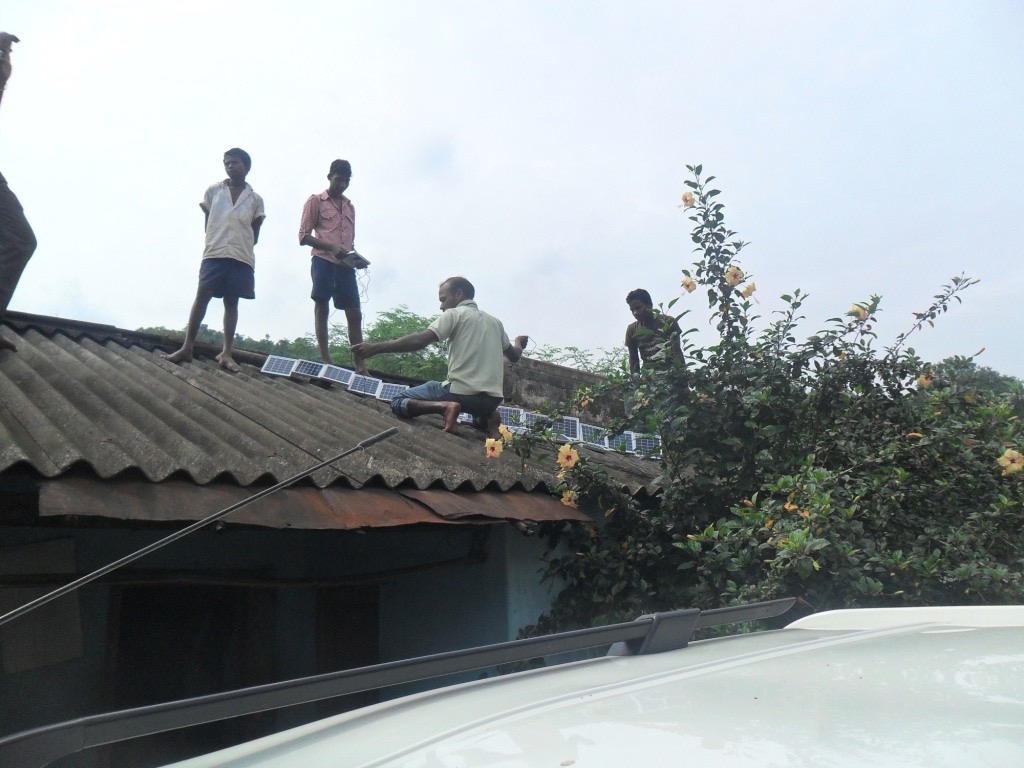 Sandereju is a small hamlet of the Nahudimaha revenue village in Sugudabadi GP of Raikia block. It is a picturesque hamlet surrounded by forest and natural habitat. A total number of 35 households are established in the village, which houses a total population of 166 inhabitants.

The villagers have lived in deprivation for ages. Holistic, development entails that their basic needs as human beings be met in a humane manner. Centuries of darkness had prevailed over the place, so the need for light to penetrate the dark was felt immensely. The geographically hostile location of the hamlet and its incompatible distance from Raikia makes the extension of electricity a far-fetched proposal. So the need was to look for alternative sources of power generation. Under such circumstances the only alternative was to exercise the option of non-conventional lighting that was solar.

A small initiation taken by Kalpavriksh/ SELCO for this village. Total 19nos. of solar lights been distributed to 19nos of households. Whole activity is been undertaken by a single SHG named as Tarinee. Each solar light costing Rs 2200. SHGs has completed all activities from distribution to establishment of solar panel and also calculate the monthly EMI that to collect from villagers as per their paying capacity. In this way a small micro entrepreneurship been developed.

Distribution of solar lights made remarkable changes in lives of Sandereju. The study hours of children is been increased. It helps women for cooking , home lighting and other works during evening. A change in daily habits, emphasizing more on utilization of time is seen. The people now visit each other in the late evenings, thereby strengthening social bonds and relationships. The mortal fear of darkness has reduced considerably and people do not hesitate to venture out in the dark.

Sandereju’s success story is a journey from darkness to light. This journey witnessed a transition in the lives of the people. People, who had existed in isolation, in darkness, were over whelmed by the presence of light in their lives. This marks the beginning of a new phase in their existence. Sandereju is a burning example of community action coupled with the participation and involvement of the community at every step.