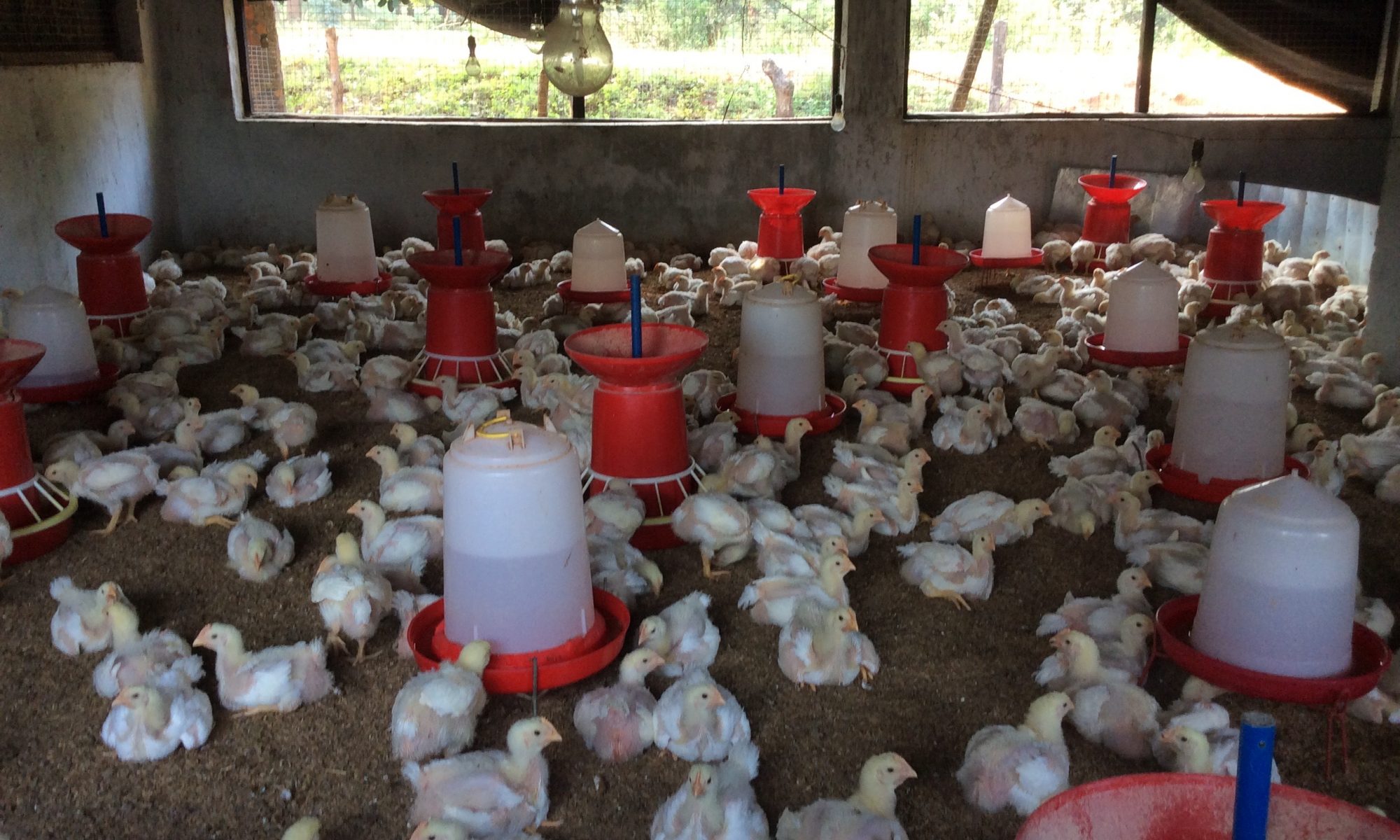 Broiler farming is one of the profitable agro-industry which can be effectively handle the problem of unemployment in rural areas particularly of marginal and small farmers. It can be adopted in different climate condition and can be combined conveniently with other firm enterprise. Investment of land and capital for these activities is not so high, despite ensure of regular flow of income. Increase of population, changing of life style, alternate of food habit and rapid urbanization with a boost to per capita income has raised a demand for poultry activities. The potential of this sector is high due to regular fixed source of income.

KALPAVRIKSH in collaboration with OTELP plus, ITDA has taken an initiate to promote few small scale Women Entrepreneur by providing support to establish broiler farming.

We have identified 15 noon of Women Entrepreneurs to establish Poultry units and  it is the first ever enterprise promoted in Raikia block of Kandhamal District in Odisha. These marginal Women Entrepreneurs  had a little bit of experience of growing backyard poultry.  All local chicken reared through traditional practice . Most of birds are kept in small flocks with availability of feed through household wastage and crop residues. Therefore productivity of local chicken is low and losses due to diseases are higher as lack of management system, supplementary feeding and inadequate breeding clearly visible among beneficiaries. During 2014-15 FY all 15 nos of beneficiaries provided with lump sum amount of Rs 60,000 each for poultry farm through SCA-SCP scheme. Out of Rs 60,000, Rs 35000 was for construction of shed and Rs 25000 was for working capital.

KALPAVRIKSH and all 15 nos of beneficiaries made a contract with Shibani Poultry Service regarding working capital. This initiation was made with a concern to provide beneficiaries with access to production service, credit as well as knowledge of new technology and more ever price constraint as concern to market risk and uncertainty. This idea found that major benefits come through reduction of transaction cost and assuring regular flow of income.

This mutual concern provides day-old chick, feed, details of monitoring and medicines to the Entrepreneurs. The Entrepreneurs provided land, labour and other variable inputs. At the end of the production cycle the farmer receives a net price that is the price set by a group of poultry companies (not the retail price). Thus the farmers receive considerable price assurance along with an incentive.

It is observed this model is more beneficial as compared to Independent producers this is because the poultry processor chooses farmers skills; experience and access to credit market make them relatively poor prospects as the independent growers. The next major advantage of this method is the improved technology and specialized management practices. This result low cost of feed consumption, chicks weights more than 2 Kgs and ready for sale within a period of 32 to 40 days.

The major advantage in the independent farming is that the producer is able to sell the produce directly to the traders at the current prevailing market price on the current day at the nearest market, (looking at this factor we have allowed Entrepreneurs to sell atleast 100 chicks at there own will. )where as this is not possible in the case of our OTELP farming and disadvantage is that he cannot be assured of market risks and any price fluctuations.

The two modes of production is that the independent producers are the ones who are more interested in taking up the poultry farming but due to some lacunas like non availability of labour at times and providing of medicines and vaccinations at improper time and the time taken by the company processing (delaying) of the accounts (i.e., payments) after the end produce is ready they are not willing to shift into a contract with any company even though they face market risk. On the other side it is possible in case of OTELP farming due to standardization practice of production as farmers exhibit a strict homogeneity in feed conservation ratio and expected returns as this is achieved by close supervision and monitoring by the processor unit.

Following are few lacunas we overcame by our project beneficiaries.

Kalpana Diggal and Damayanti Diggal are two beneficiaries among fifteen. Before undertaking of poultry units both were generally engage in collection of leafs, woods and other forest based items from nearby forest. All these activities are particularly seasonal by nature and don’t seem to be generate a fixed source of income. With their own capability, enthusiasm and influenced by our intervention now they are able to earn a fixed income of Rs 3000 to Rs 4000 per month. Kalpana and Damyanti Diggal are not only securing a fixed livelihood  for themselves but helping others in vaccination as paravet.

Jyotshna Naik was previously engaged mostly in household activities before became a poultry grower. Her husband was only a single person to income in their house, most family members depends. After kalpavriksh intervention and mobilization and attending few capacities building program organized by KALPAVRIKSH made a decision to become a poultry grower. Now she is able to earn a fixed income of Rs 3600 per month, became an alternate beside her husband.

Bimala Naik  w/o Bijay Naik engaged most of her time in household activities. After our intervention  and attending few capacities building program organized by KALPAVRIKSH she made a decision to become a poultry grower like other beneficiaries. She is able to earn a fixed income of Rs 3000 per month. Although she had faced few problems during farming and vaccination, almost 80 chicks dead but she never looks back. Now she became a role model for others.

The overall objective of the program is to reduce poverty and achieve sustainable development. This is an approach towards increase an opportunity for the poor for generating of incomes. This intervene can provide the poor with a freedom to make choice about how to improve their lives, building of assets, food securities and reduce venerability of disaster. All though all 15 beneficiaries has made a cooperative named as “MILITA SHG”. All financial transaction are going through their cooperative account.